We are proud to announce the following keynotes by esteemed personalities at the conference. 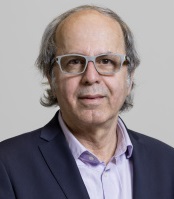 The fast advances in information and communication technologies have made it possible to enable ambient data intelligence and situational awareness in Cyber-Physical Systems for optimal management and operation. However, it has also led to explosive growth of spatial and temporal information and computational complexity. An innovative way of thinking is required to tackle these large-scale complex problems efficiently and effectively. In this talk, we advocate a novel problem-solving approach, the simplexity approach, which is underpinned by a ‘simple solutions for complex problems’ philosophy. Several nature-inspired methodologies such as AI, swarm intelligence, complex network dynamics, as well as the human perspectives will be examined. Several real-world problems, such as money laundering network detection and autonomous microgrid network for power supply arising from our own research projects, will be used as case studies.

Xinghuo is an Associate Deputy Vice-Chancellor, a Vice-Chancellor’s Professorial Fellow, and a Distinguished Professor at RMIT University (Royal Melbourne Institute of Technology), Melbourne, Australia. He is the Senior Past President of IEEE Industrial Electronics Society. He received BEng and MEng degrees from the University of Science and Technology of China, Hefei, China, in 1982 and 1984, and PhD degree from Southeast University, Nanjing, China in 1988, respectively. His main research areas include control systems engineering, intelligent and complex systems, and smart power and energy systems. He received many awards and honours for his contributions, including the 2018 MA Sargent Medal from Engineers Australia, the 2018 Australasian AI Distinguished Research Contribution Award from Australian Computer Society, and the 2013 Dr.-Ing. Eugene Mittelmann Achievement Award from IEEE Industrial Electronics Society. He is a Fellow of the IEEE, Engineers Australia, Australian Computer Society, and Australian Institute of Company Directors.

Artificial Intelligence becomes an important core technology of soft power in terms of global technological development, which has a wide spectrum of applications including robot integrated manufacturing automation as well as industrial cyber-physical systems (iCPS) under increased efficiency and flexibility at reduced cost. Image Caption can recognize contains of picture and can speak out. It is high-level that generates the context scenario descriptions from an image, which purpose is to generate a description of the image automatically. We need to concern a variety of elements and their spatial information to form semantically and syntactically sentences. The aforementioned issues, challenges and opportunities will be the focus of this presentation including some exemplary best practices and research results with video demo from our NTU iCeiRA Lab.

Intelligent energy supply has become the goal as to satisfy the normal advancement of humanity and to fulfill the society needs in terms of more sustainable and clean energy consumption. For the last several years, efforts were spent on developing remedial industrial electronics devices and control strategies to reduce the negative impact and mitigate the Electric power quality of the awaited massive penetration of power devices on the electric network. Intelligent control techniques, advanced network distribution systems, digital network, and new topologies of multilevel type of power electronics converters appeared. Moreover, reducing the use of massive natural resources such as copper and iron usage along with capacitors is a contribution of Carbon-free environment. Many research efforts in this direction have been taking place around the world as to reduce the use of passive components, and increase the converter bandwidth while counting on advanced fast controllers. The presentation will follow on the latest development of new power electronic energy sources in Canada and around the world while highlighting the challenges facing the growth of interconnecting electric vehicles, drives and renewable sources through intelligent control of power electronics converters distributed along the grid. Late development on modeling and intelligent control of distributed converters and power quality enhancement as well as prohibition of harmonics circulation to ensure pollution-free environment of electrical equipment connected to the networks will be discussed.

Kamal received the B.Sc.A. and M.Sc.A. degrees from the University of Québec à Trois-Rivières, Canada, respectively, and the Ph.D. degree from the Institute National Polytechnique, Toulouse, France, in 1988. Since June 1990, he has been a professor with the Electrical Engineering Department, École de Technologie Supérieure (ETS), Montreal, QC, where he has been the holder of the senior Canada Research Chair in Electric Energy Conversion and Power Electronics since 2002. He has supervised more than 180 Ph.D. and M.Sc. students working in the field of power electronics. He is a consultant and has established very solid link with many Canadian industries working in the field of power electronics, electric transportation, aeronautics, and telecommunications. Prof Al-Haddad successfully transferred 25 technologies to the industry. His fields of interest are in highly efficient static power converters, harmonics and reactive power control using hybrid filters, and multilevel converters including the modeling, intelligent control, and development of prototypes for various industrial applications in electric traction, renewable energy, power supplies for drives, electrification and transportation, etc. Prof. Al-Haddad is a fellow member of the Canadian Academy of Engineering. He is IEEE IES President 2016-2017, IEEE Division VI director elect, associate editor of the Transactions on Industrial Informatics, IES Distinguished Lecturer, and recipient of the IEEE Dr.-Ing. Eugene Mittelmann Achievement Award. Prof. Al-Haddad is a member of the Academy of Sciences and Fellow of the Royal Society of Canada.